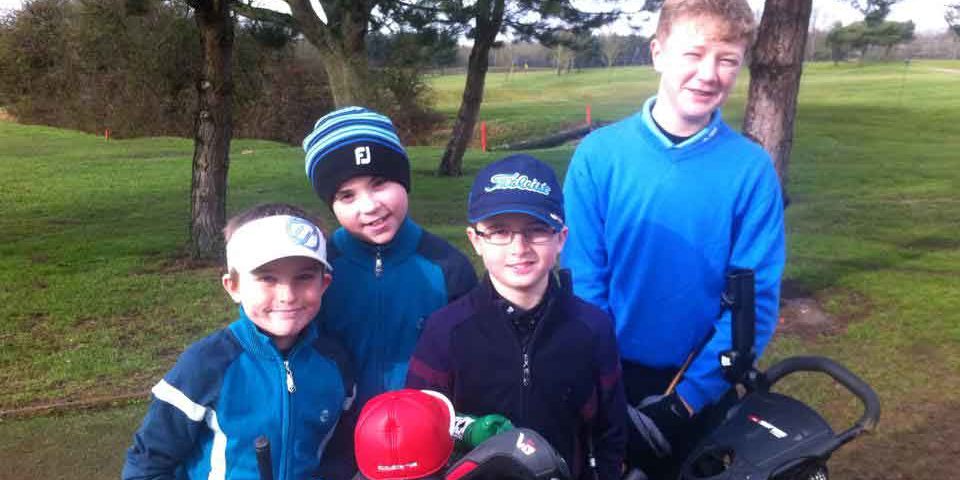 [lead]Today saw a new phase for four of our super tiger stars.[/lead]

They entered their first competition on Broome Manors 18-hole course and boy did they play well, George (13), Harry (9), Lewy (8) & Cillian (8) played a stableford event over 13 holes.

They handled themselves like true club members and showed great etiquette amongst themselves and towards other players. These players along with others are the future of BMGC and as I see it the futures looking Bright.